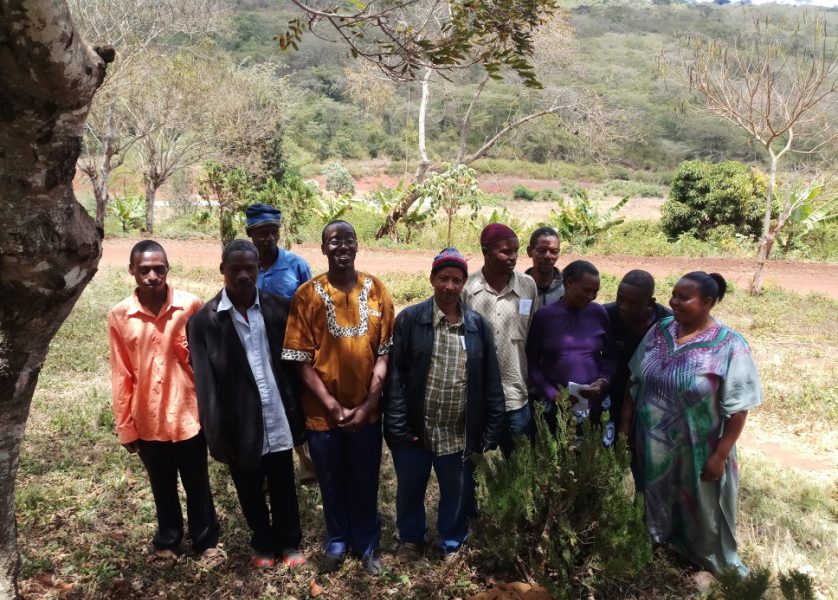 Communicating research findings to communities and other stakeholders where research has been successfully completed is a vital an outreach activity. Towards the end of October 2019, feedback activities on research work titled “A novel theory for clarifying successes of decentralized forest management (DFM): Institutional dynamics and performance in Babati District, Tanzania” were undertaken in four villages including Ayasanda, Endanachan , Haraa and Boay, and at Babati District level. The research feedback project was supported by Ford Foundation- the United States of America based organization.

At local level, the research feedback was conducted through meetings that involved village leaders, members of village councils and members of village environmental committees who will eventually communicate the message to their constituents at village assemblies and sub-village meetings. At district level, the feedback involved the District Executive Director (DED), the District Forest Officer, District Natural Resources Officer and Forest Officers working with Tanzania Forest Service (TFS).  Two main messages were communicated; first, the message indicating that institutional changes under DFM was associated with positive multi-dimensional outcomes on governance, rural livelihoods and condition of forest resources, and second, the message indicating that more recent Multiple Institutional Logics of Action (MILA) theory is more capable of explaining successes under DFM than conventional rational choice theory that considers cost-benefit calculations only. In contrast, the MILA theory combines three institutional logics- the logic of discourse to explain introduction of new ideas, the logic of appropriateness to explain rejection, adaptation or adoption of new rules and the logic of rational choice (the logic consequentionalism/cost-benefit analysis) to explain the compliance to agreed-upon institutions.  The two messages were shared orally and using a brochure of the MILA theory (in Kiswahili version), which was presented to audience beforehand.

The shared knowledge, which was generated from the research work was found useful and reflected the reality both at community and district level. On good governance dimension, the research showed an improved trust between local communities and forest officers after embracing DFM approach. This differs from the period prior to DFM when the relationship between the two actors was at best characterized by mistrust and at times hostile. Accountability of both forest officers to local communities and village forest committee to villagers, and empowerment of local communities in managing forest resources had also occurred. On the livelihoods dimension, there were improved aspects of sustainable livelihoods due to maintained soil fertility following reduced erosion by the presence of increased vegetation cover. On the condition of forest resources, there was an improved forest cover in the four study villages and reappearance of previously disappeared tree species.

There was huge sense of appreciation among members of village communities and at district level alike for seeing a researcher coming back to provide feedback after successfully completion of research work. Research feedback provides an opportunity to researchers to give back to communities as a way of appreciating the valuable information they provided. One of the quotes at village community level was “Mgeni njoo mwenyeji apone; umeleta mrejesho wenye maarifa mapya yanayohitajika “, which translates in English as, “A guest has come for salvaging the host; you have shared very useful knowledge to us”. A quote at district level was ’’huu utafiti umetoa matokeo mazuri sana, tutaendelea kutumia maarifa yake kuimarisha usimamizi wa misitu hapa wilayani Babati’’, This Kiswahili quote translates in English as, “your research has generated a very useful knowledge that the district will use in enhancing management of forest resources in the area”.

The research feedback was conducted during the period when key actors and an approach for managing forest resources in the district appear modified towards recentralization. This created a confusion in perspectives among stakeholders at local and district level on how to sustain the successes achieved under decentralized forest management.

Sincere appreciation goes to Ford Foundation for their financial support that enabled carrying out research feedback activities in Babati District. Thanks go to members of village communities, and Babati District Officials who provided their time to receive the feedback. I am also grateful to SUA management for granting permission to do the work.

For more information and feedback about this communication please send your email to Dr. Innocent H. Babili at ibabili@sua.ac.tz