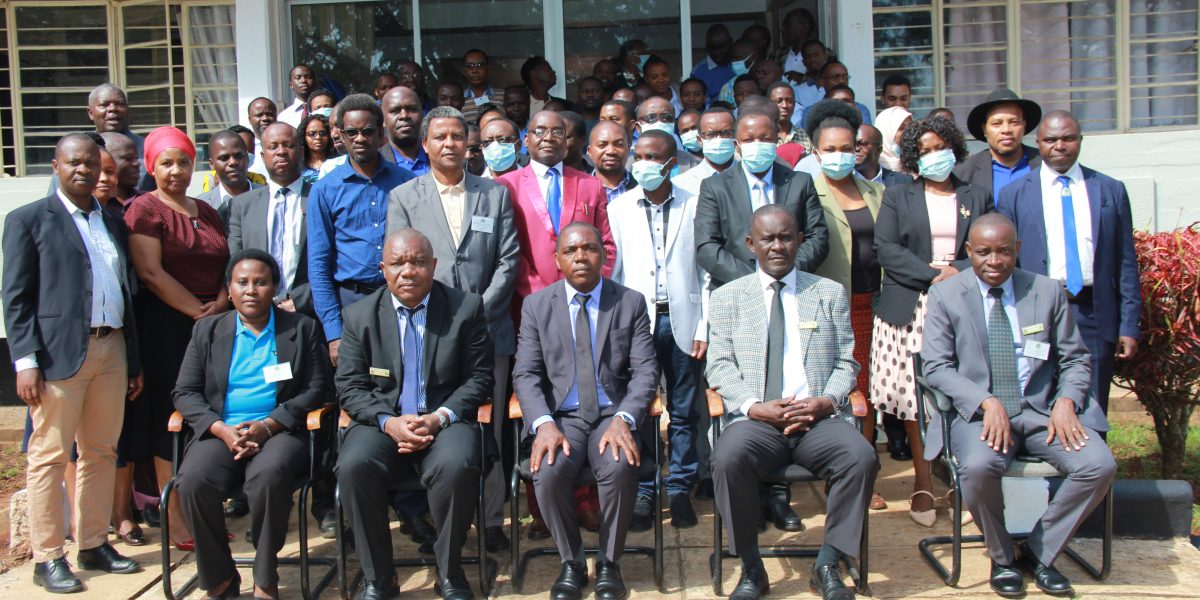 Highlights of impressing and innovative outreach and scientific displays are shared here from the bottom part of our hearts. First of all, congratulation is extended to Sokoine University of Agriculture (SUA) Management, Scientists, and stakeholders for achievements registered during 2021 Sokoine Memorial Week that included displays of outreach, scientific and academic activities.

Congratulation goes to the Directorate of Postgraduate Studies, Research, Technology Transfer and Consultancy (DPRTC) for a well-organized scientific event and for attracting informative papers, which were presented at the Second SUA Scientific Conference held from 25th to 26th May 2021 at the Institute of Continuing Education (ICE), SUA. 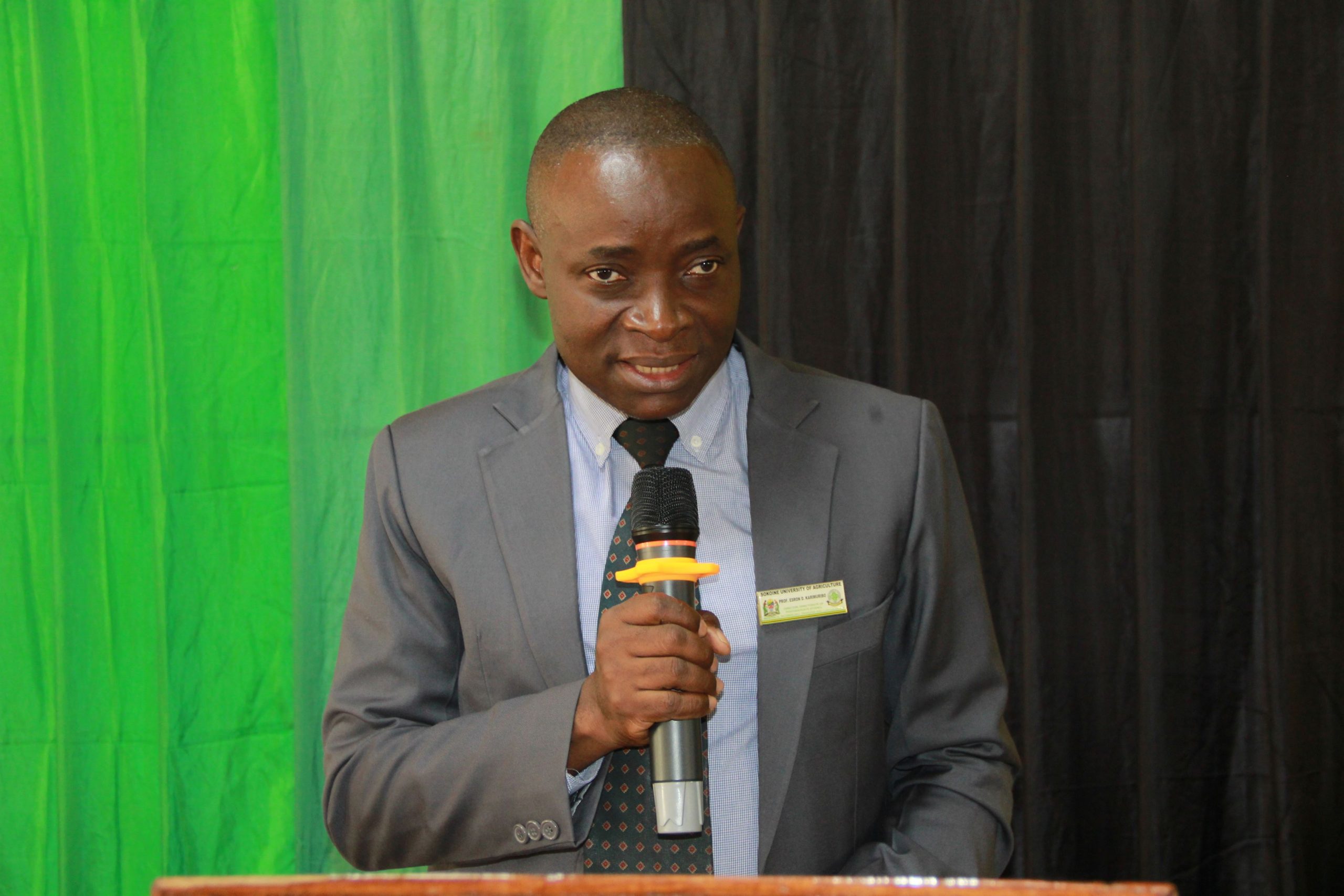 This conference ignited positive scientific excitements in which the hectic movements of conference participants crossing each other, here and there, looking for rooms during break-out sessions brought a peculiar and fascinating feelings and experience. 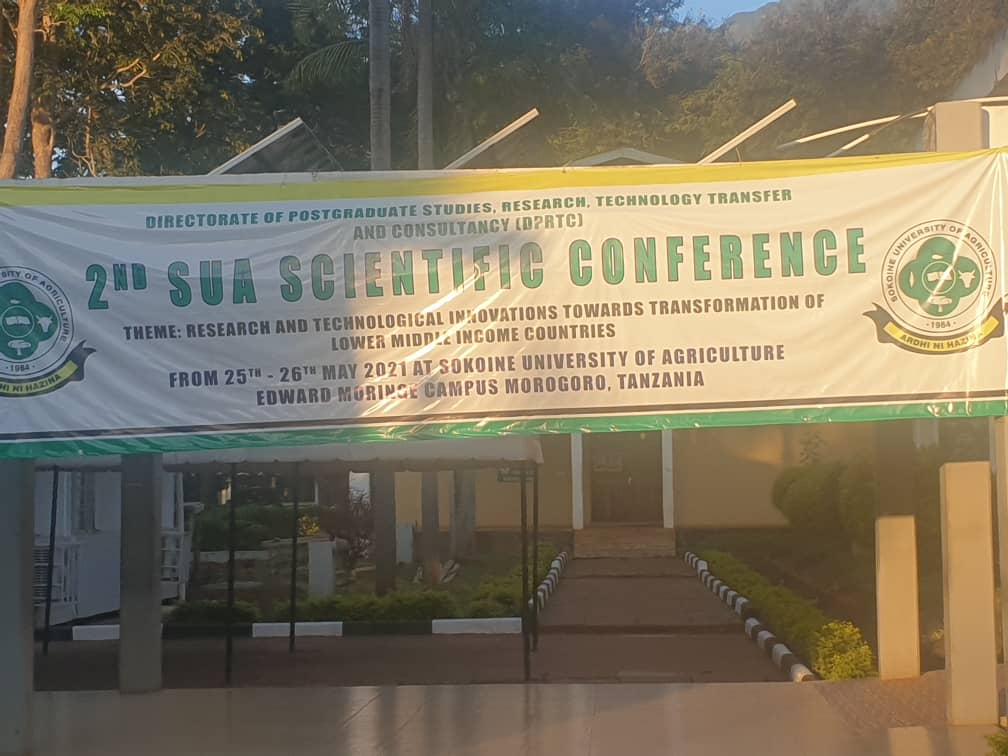 Photo: A Banner on 2nd SUA Scientific Conference hanging at the Building of Institute of Continuing Education (ICE), (Photo credited to Lucy Madala). 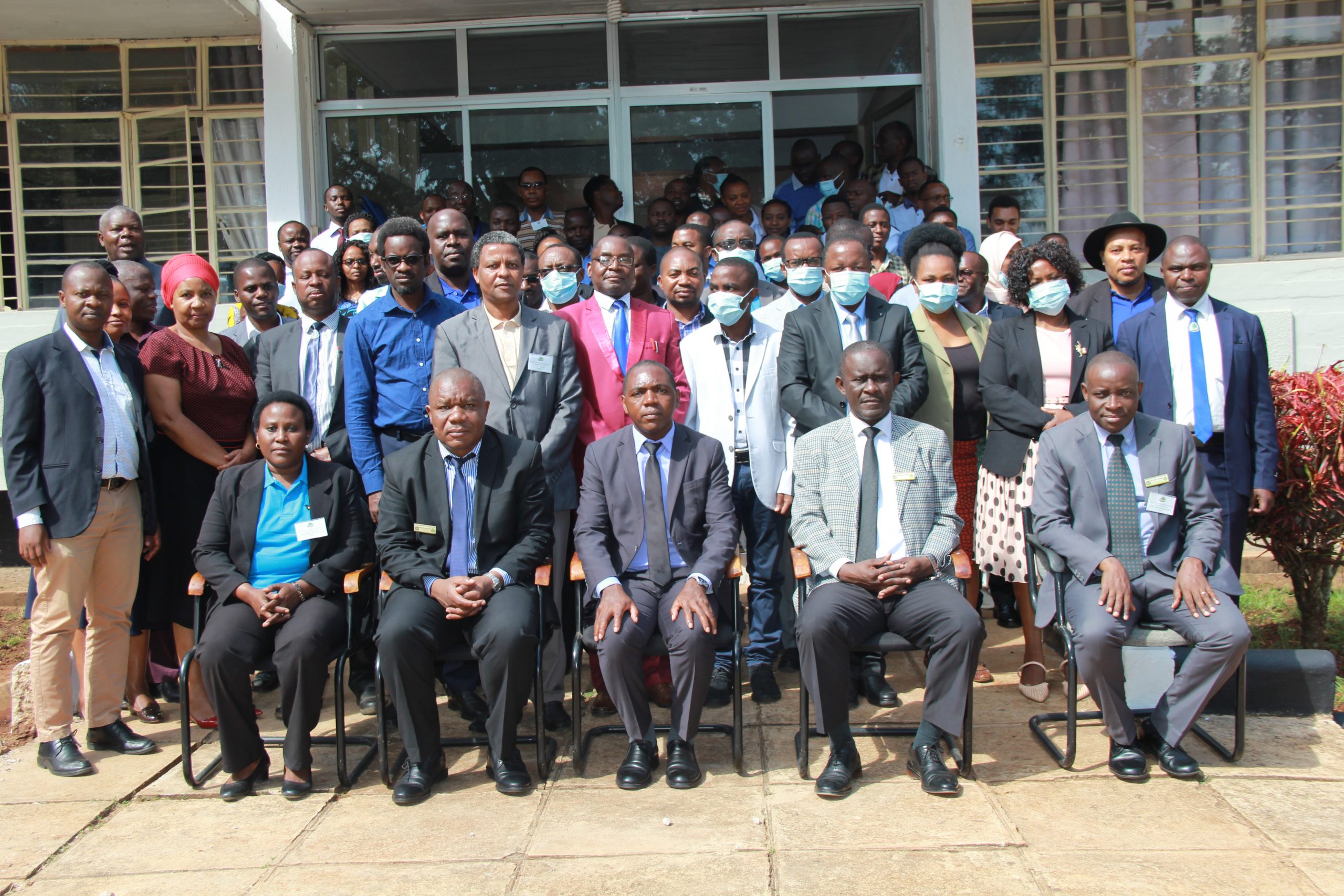 Photo: Director of Science, Technology and Innovations, Ministry of Education, Science and Technology, Prof. Maulilio Kipanyula (Centre) and a section of SUA University Management (front row), posing for a a group photo with participants of 2nd SUA Scientific Conference held from 25th – 26th May 2021 at the Institute of Continuing Education (ICE), SUA, Morogoro, Tanzania (Photo credited to Noel Kakunya).

It was really a SUA week that left us with long-lasting pleasant memories. A great opportunity for displaying and continuing demonstrating SUA excellence in the journey of leadership in development of science, research, outreach and provision of services within and outside Tanzania.

Conference participants shared and learnt a lot of new good things during the Sokoine Memorial week. Highlighting just a few things, Dr. Florence Turuka, among many points, shared the best approach for calculating Gross Domestic Product (GDP) per capita, Prof. Gerard Misinzo shared knowledge of how to outsmart COVID-19 Virus. Again, it was wow! Didn’t know that river floods, not localized rainfall could be beneficial in dry areas such as Dodoma for increasing recharge of ground water thereby increasing ground water, which is important source of drilled well water. This finding was presented digitally using zoom technique by Prof. Richard Taylor from University College London, who collaborated with Prof. Japhet Kashaigili of Sokoine University of Agriculture. 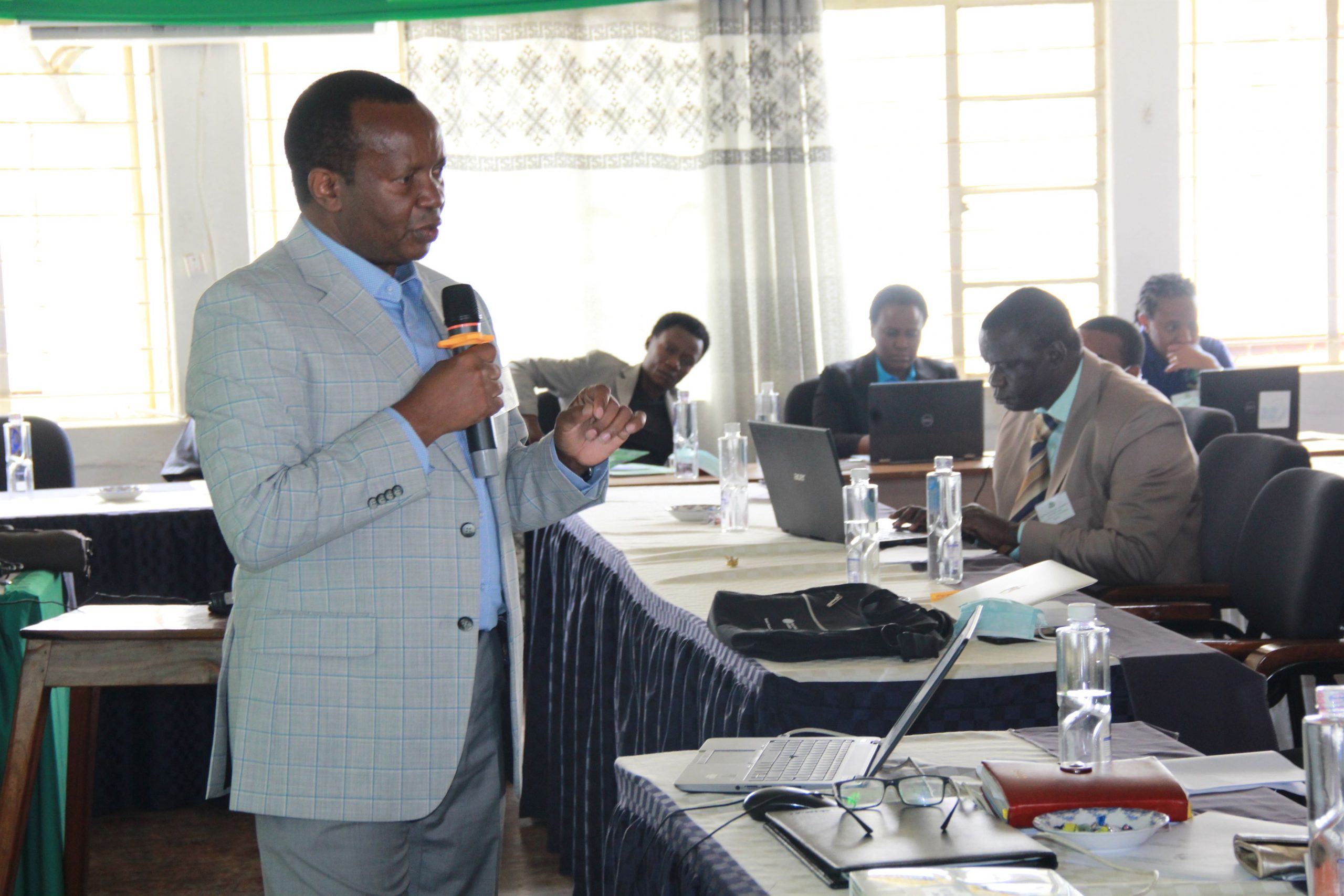 Photo: Dr. Florence Turuka (holding a microphone), keenly interacting with audience during presentation of his keynote paper at the 2nd Scientific Conference held at ICE, SUA. Sitting next and left to Dr. Turuka is Prof. Sebastian Chenyambuga of SUA- who presented a keynote paper on Innovations for Sustaining Livestock Production (Photo credited to Noel Kakunya). 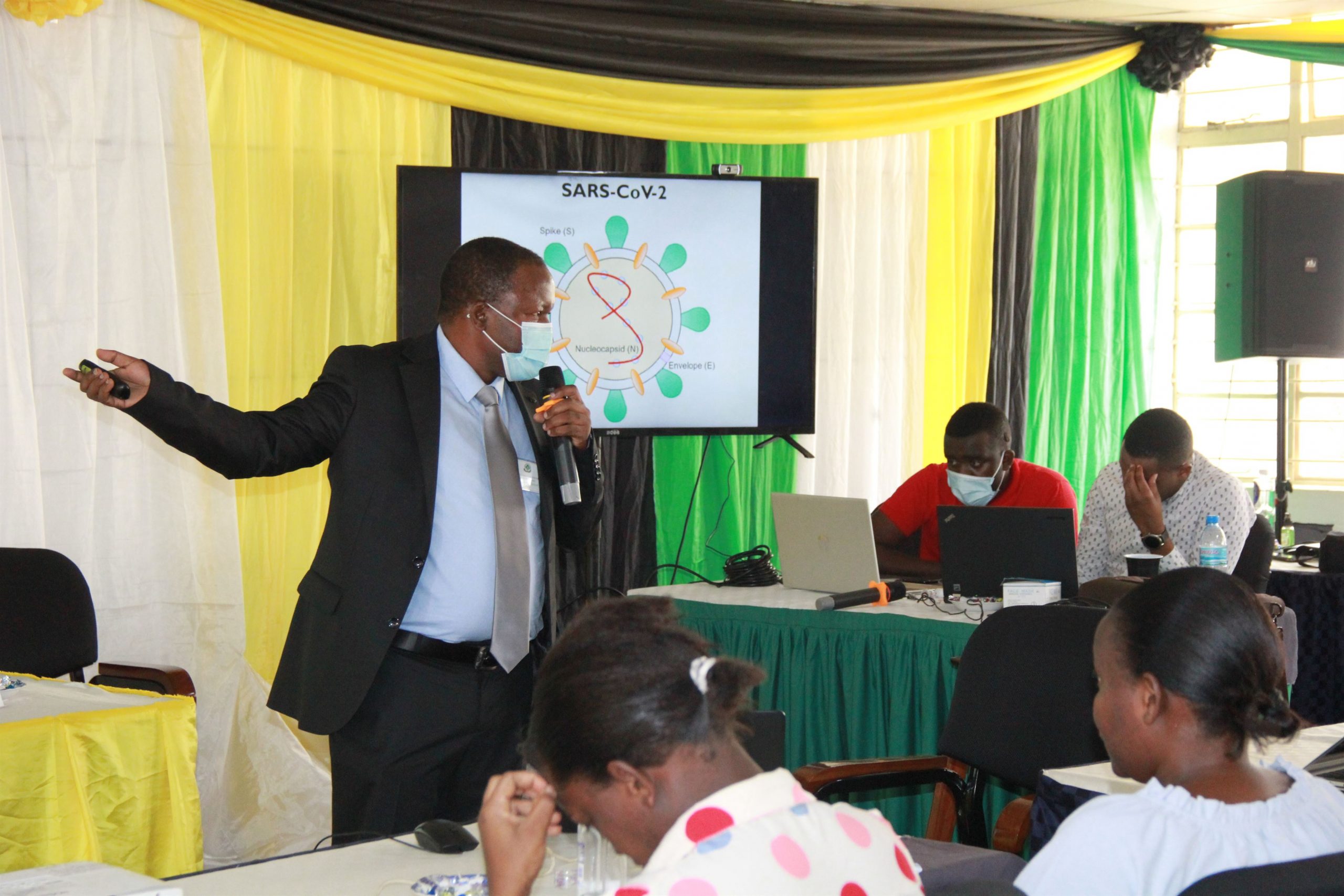 Photo: Prof. Gerard Misinzo explaining how to outsmart COVID-19 Virus during presentation of his keynote paper at the 2nd Scientific Conference held at ICE, SUA (Photo credited to Noel Kakunya). 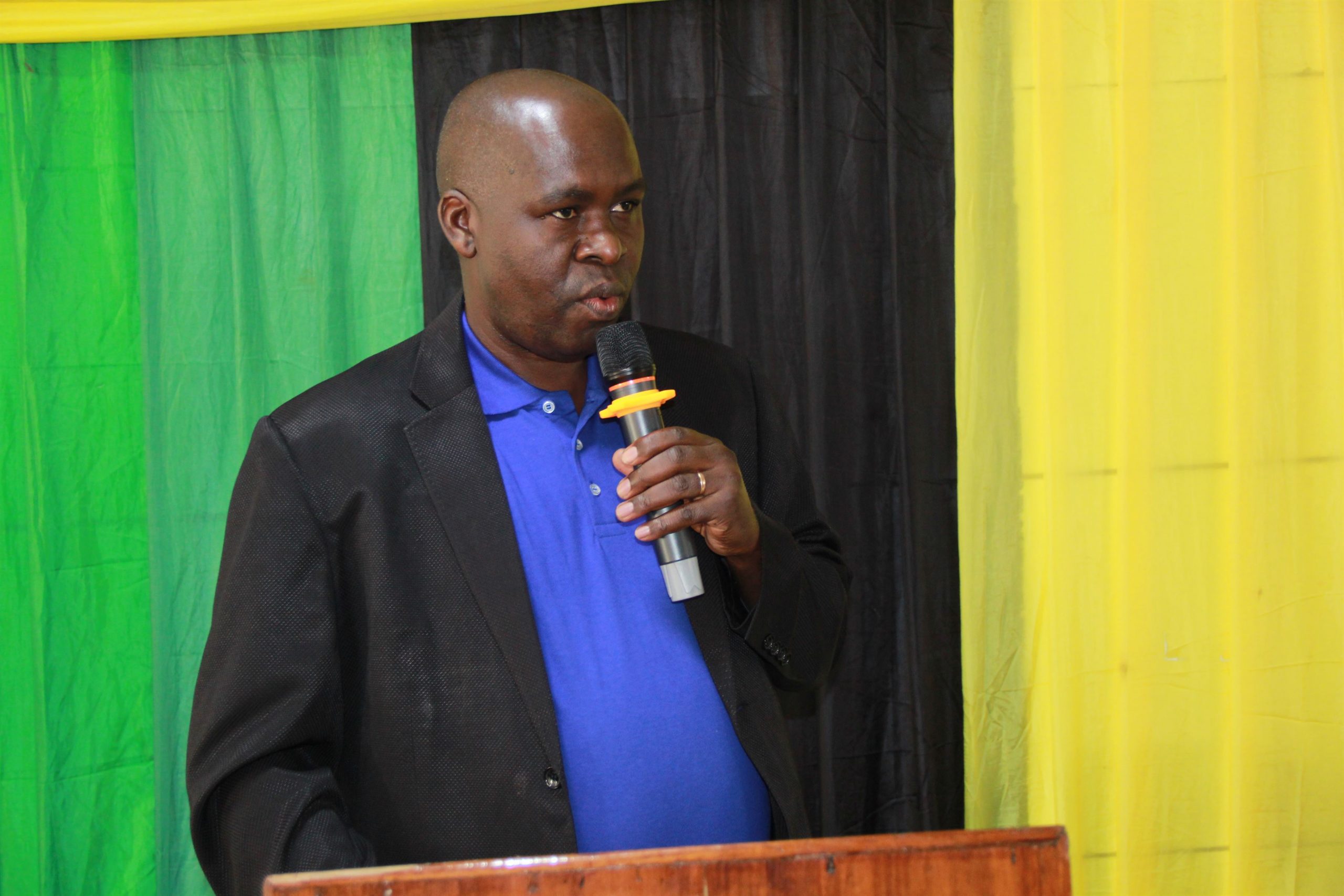 Photo: Prof. Kashaigili, Coordinator Research and Publication, SUA and chairperson of the organizing committee of the 2nd Scientific Conference held at ICE, SUA making a point at the event (Photo credited to Noel Kakunya).

Words are lacking, because it was as if the whole country shifted their attention to events that were taking place at SUA. Moving around at SUA, at one point you come across with Scientific Conference, at another point you find exhibitions of SUA outputs, and public lecture on “Agricultural Technologies, Productivity, and Competitiveness in Tanzania: Towards an Upper-Middle Income Country”. Still, the following day a unique graduation at SUA was  conducted for the first time in May. This mid-year academic event adds to the usual graduation ceremony held towards the end of each year.

The coordination role undertaken by the College of Social Science and Humanities (CSSH), SUA was marvelous towards achieving successes of Sokoine Memorial Exhibitions. At the exhibition ground, things were fascinating. SUA Pest Management Centre (SPMC) had amazing displays, including keeping cockroaches for various uses, displaying bedbugs, which were stored in a covered plastic container- and explaining how to control them. Then there was display of hero rats trained for use during rescue missions to search for people covered by debris of collapsed structures such as houses- it was very exciting. 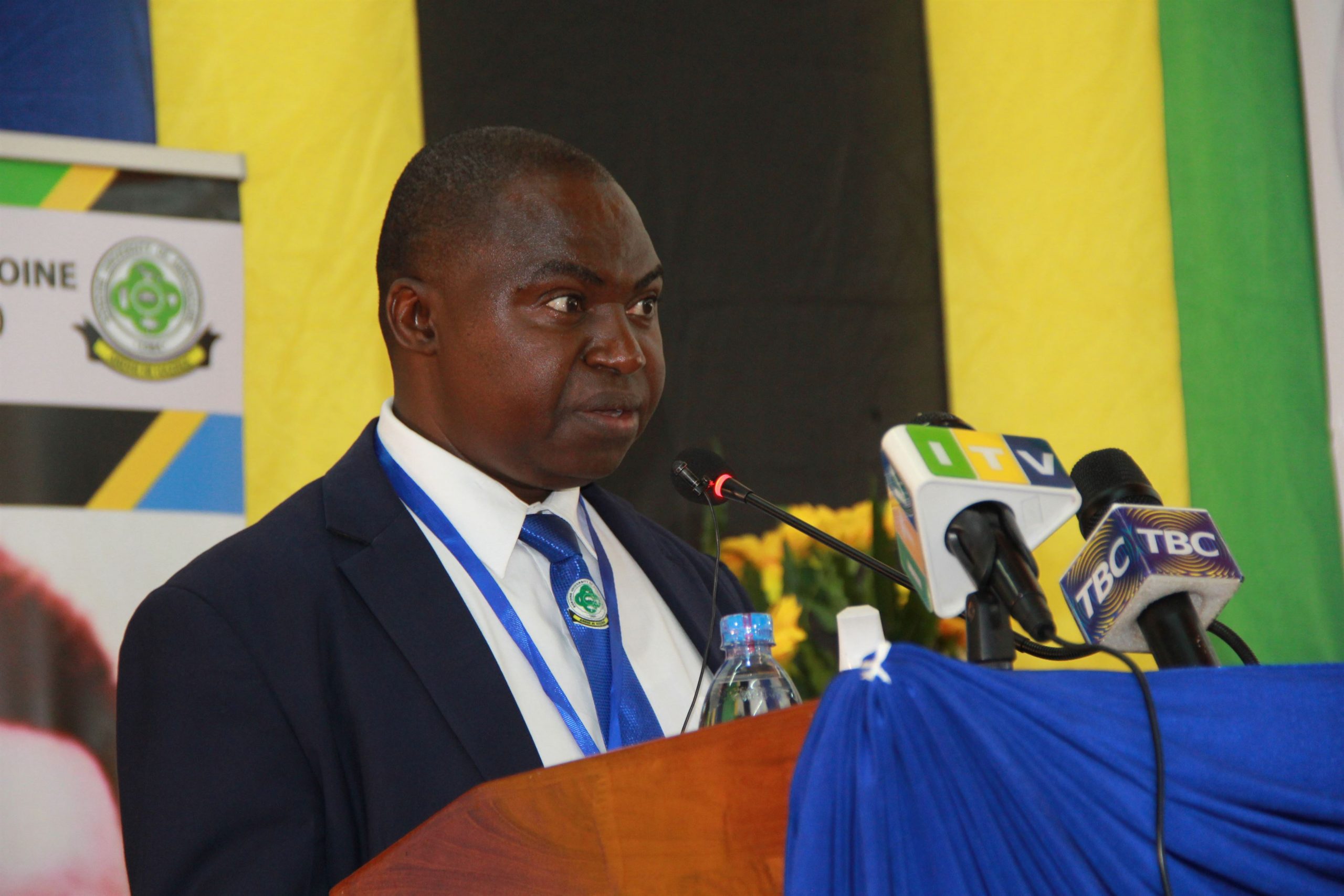 Photo: Prof. Samwel Kabote, the Principal CSSH, SUA speaking with media during Sokoine Memorial Week, 2021 in which he served as Chairperson of Coordination Committee for the event (Photo credited to Noel Kakunya). 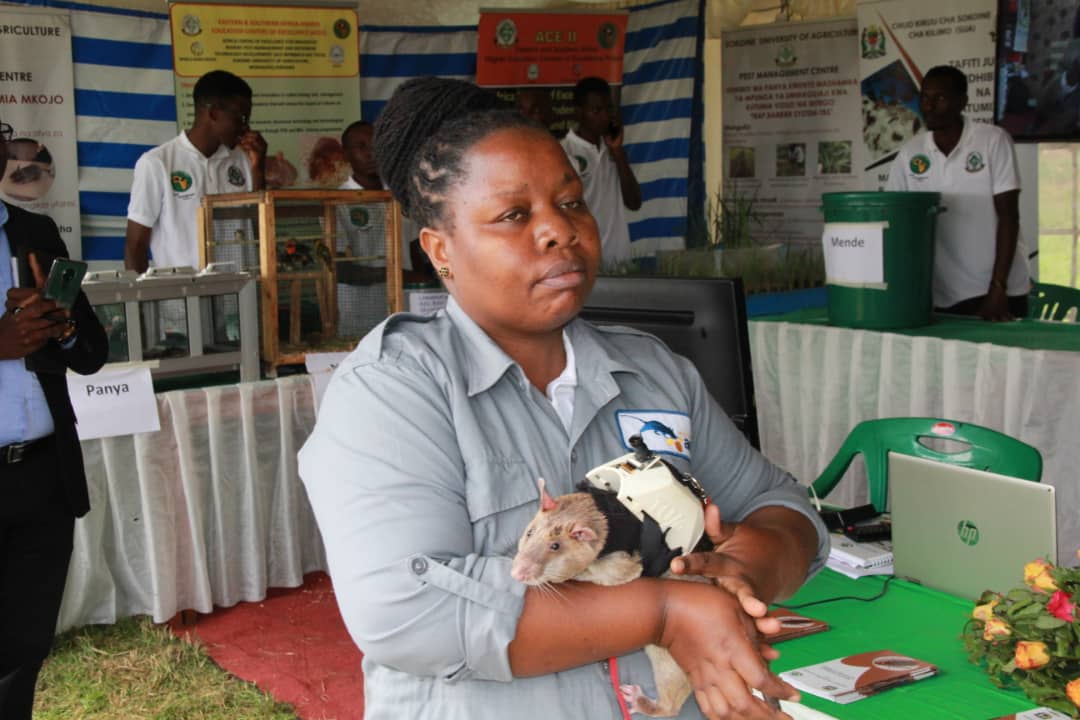 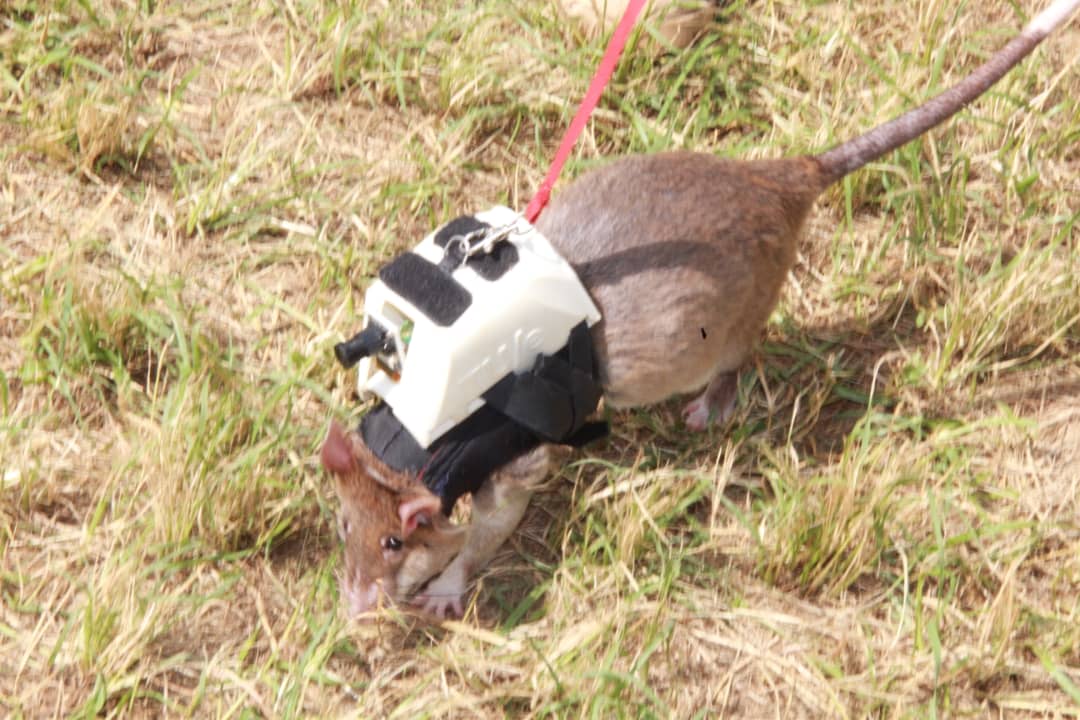 As if that wasn’t enough, students pursuing degrees in education at the Solomon Mahlangu College of Science and Education (SMCoSE), SUA explained scientifically about a layer of earth crust called mantle, which keeps the earth in a balanced position on its axils so that it does not tilt towards slanted position. In the event that part of earth breaks and can affect the balancing of the earth, the mantle, which stays in a molten state moves within the earth’s crust to keep the earth in a balanced position. 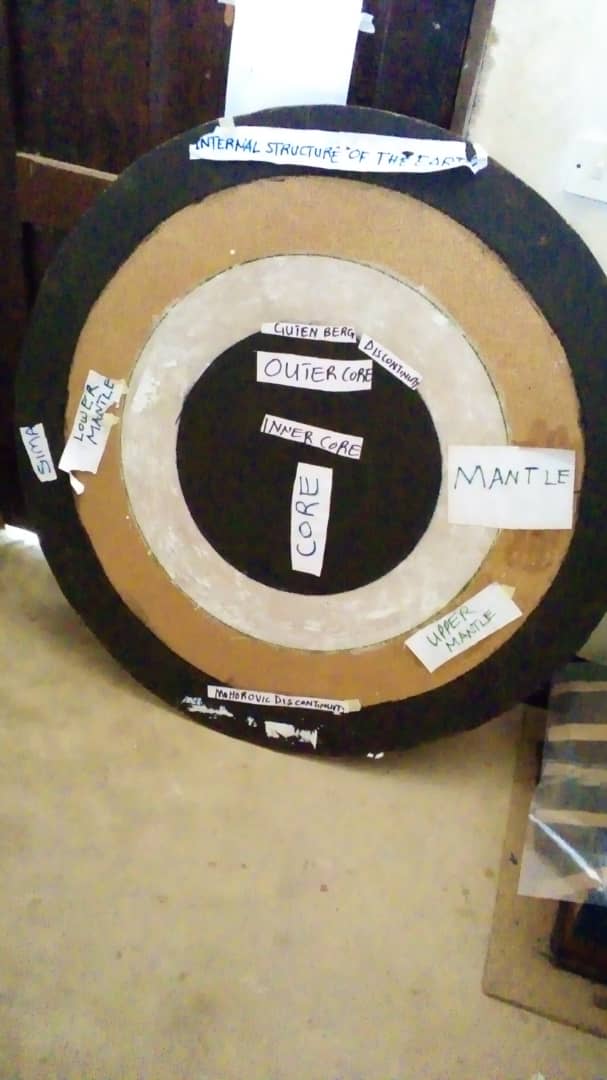 One thing which did not come to my mind for asking, is whether or not the mantle that forces its ways outside the earth crust in form of volcanic eruption occurs to keep the earth in a balanced position. Nevertheless, these exhibiting students pursuing degree in education at SUA explained that if erupting volcano comes out not in too much quantity, and ooze on the land surface it helps in making a very fertile soil. They elaborated that volcano originates from mantle which is very rich in variety of nutrients that are beneficial for growing plants and crops.

Congratulations to all stakeholders for contributing to these successes.

This article is also available in Kiswahili version by clicking here or an icon of Tanzania national flag on ICE home page.

For further information about this article please send your email to Dr. Innocent H. Babili at ibabili@sua.ac.tz